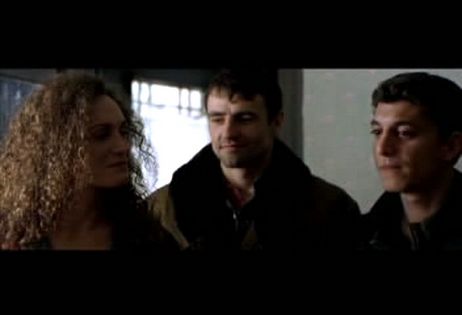 Synopsis:
[Netflix] Three friends from tragic backgrounds come to rely on one another in this poignant tale. To care for her dying mother, prostitute Stephanie (Stephanie Michelini) returns home, where she’s haunted by childhood memories. She’s joined by army deserter Mikhail (Edouard Nikitine), who relives the horrors of war, and hustler Jamel (Yasmine Belmadi), who longs to return to his family. To ease their pain, the three find comfort in one another arms. Note: contains nudity.

Review:
This wasn’t what I was expecting of the poly relationship and to be honest I’m not surprised that isn’t an American film. Meaning I can’t seem to find any diversity of poly stories in American films but if you know better, let me know.

On to the review: I really enjoyed the movie, it took me a while to figure out the past and present but I think that’s was just me. Anyway I really loved the poly relationship between the three, they had no jealousy among themselves as you would think but they would be also considered on the outsides of society and I think it’s probably what kept them together. Even when helping Stephanie with her mother, all three at the home still needed the closeness of the triad even when they were just hanging out they had truly enjoyed each other company. Now I am not saying their lives are easy, each person’s past and current present was important to each person’s presence at the mother’s home but in the end it was secondary to the relationship of the three. It was a good film to watch.