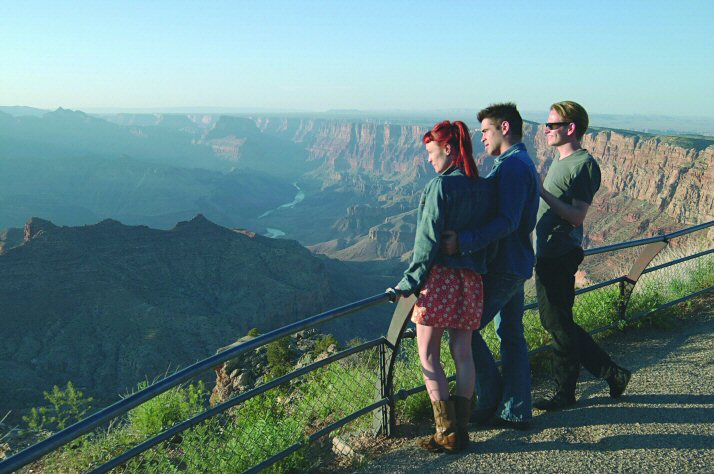 Synopsis:
Pulitzer Prize-winning author (for The Hours) Michael Cunningham’s earlier novel about a troika of close friends who enter into an unconventional living arrangement gets deft treatment. Boyhood pals Bobby (Colin Farrell) and Jonathan (Dallas Roberts) both love the same woman (Robin Wright Penn), but in different ways (Jonathan is gay). Undaunted, they all try to make a life together — and even have a baby — in 1980s New York.

Review:
One, I wished I seen this movie years ago. Two, I love Colin. Three, I loved this movie. I honestly don’t think I could say much but all the characters I loved from Bobby’s youth to his adulthood his sense of wonder is calming. His older brother influenced his formative years and his family dying while he was so young stunted his childhood. You can see it from him never thinking of leaving Jonathan’s home until Jonathan’s parents tell him he has to find his own way now. That sense of belong to someone, to something was created and never left him thereby trying to reclaim what he lost but also giving him the capacity to love the people he met along the way and vice-versa.

If you understand his motive it makes perfect sense that Bobby leaves and goes for the one thing he can hold on to and that is his Jonathan himself who takes him in and from the moment they see each you know Jonathan is in love with Bobby, always was. Jonathan then introduces Bobby to Clare. Usually with these movies I noticed when they put a girl into the picture they use her as the prop but Penn’s character Clare is there as you can’t help but not see her and since she take the boys into the next stage of the film.

I guess I decided to add poly films into this blog because I also wanted a different view, because what is “family”? People want to emphasize what we know as the “nuclear family”, but these days divorce is 50% and most household are run by single parents. So why do we assume that something that exist in the falsely in the past or as a fantasy today is considered normal.

What is a “normal” family anymore?

And why should we assumed anyone is better than anyone else?