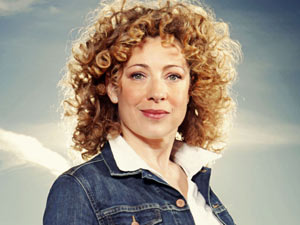 Professor River Song was a mysterious archaeologist and convicted murderer who shared a close relationship with the Doctor. Significantly, she was the only companion who appeared to have known the Doctor’s true name. River and the Doctor have their encounters in reverse chronological order; the Doctor’s future is River’s past and vise versa. She was an archaeologist already highly familiar with the Doctor when they first meet (from his perspective) in the 51st century, the time of her death. She was, in fact, a future companion of his who traveled with him periodically.