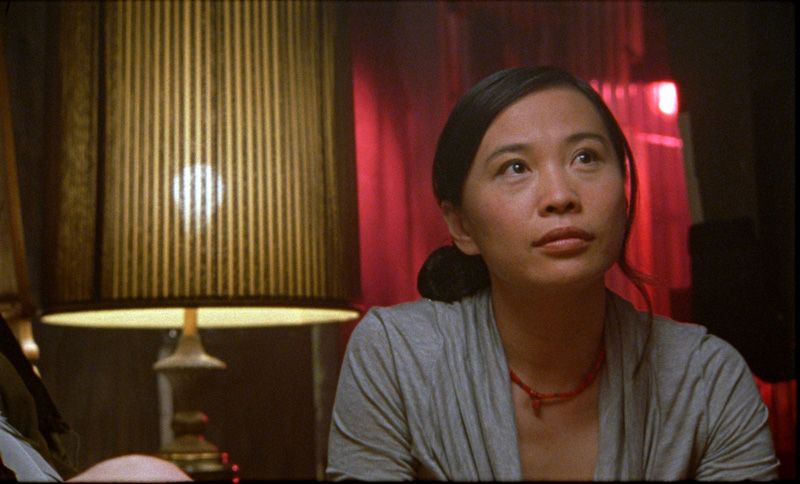 [IMDB] Numerous New York City-dwellers come to the exclusive club Shortbus to work out problems in their sexual relationships. Rob and Sophia are a happily married couple, except for the fact that she has never experienced sexual climax. This irony follows her to work, because she is a couples counselor who frequently has to deal with the sexual issues other couples have. Two of her patients are Jamie and James, a gay couple who have been monogamous for five years and counting. James wants to bring other men in to the relationship, and his own history with depression may hint at an ulterior motive. Ceth (Pronounced like Seth) may be the perfect addition to their family, but Caleb, a voyeur from across the street, may have his own ideas about that. Sophia visits Severin, a dominatrix with secrets of her own to reveal.

Review:
Sorry this is super short but I wrote this long piece a while ago and lost it and I’m not looking to rewrite again, and this is going by memory.

There are explicit sexual situations but seriously, it’s not about sex. Get past the first ten minutes and the sex will become background, seriously. I was amazed that while the sex did advance certain things in the film it was almost invisible to the way the character’s plots interacted with each other.

It is about the sex therapist who never had an orgasm. The actress who plays her is so believable and earnest as her journey interconnects with everyone. It feels like she’s Alice going through the city full of adventures and strange unique people to find home (her self fulfillment). Others teach by her giving advice or a simple shoulder to cry on. We meet the other people and their dynamics: directly knowing her or connection to her. Their stories are just as unique and interesting to watch. All the characters are relatable and likable, even the ones you don’t care for but it is an interesting look at the character’s dealing with others, their own lives and how they love each other. Music soundtrack is a great bonus.